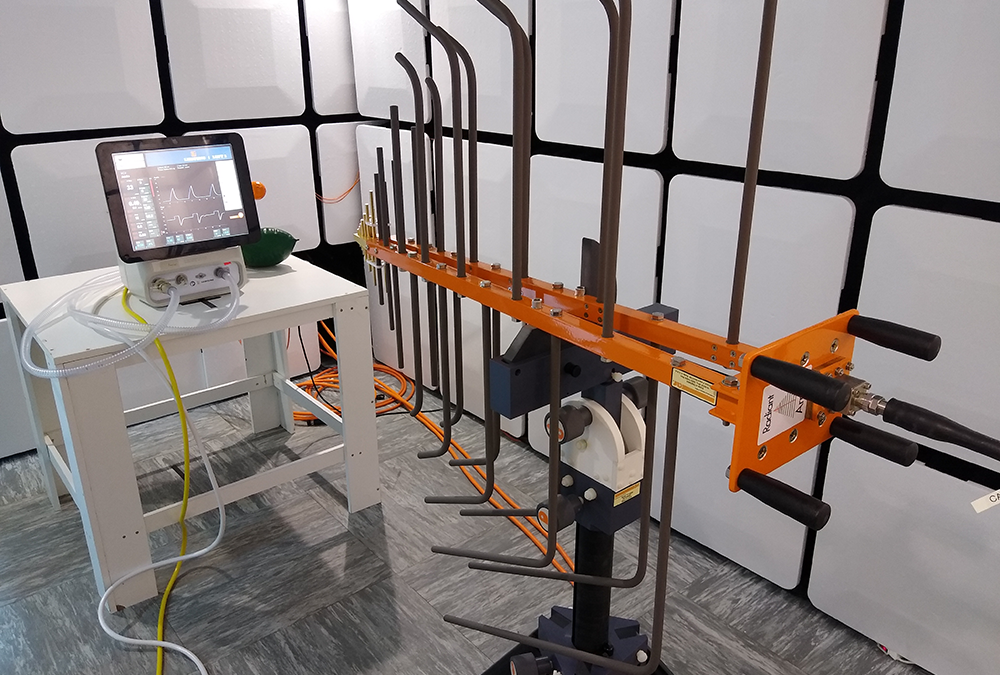 Why the improvement of EMC Radiated Immunity Tests for Medical Devices has high importance and demand?

Unlike any other electronic device, a malfunction of a medical device can cause harmful consequences or a risk of life when a patient is using it or when a doctor performs any treatment or health procedure.

The implementation of new electronic devices and systems based on wireless communication promotes high quality and efficiency of modern medical devices for patient monitoring, treatment, instrumentation, data transfer within hospitals or clinics. In the same manner, patients or visitors personal wireless devices are used into the hospital or healthcare environment which can lead to unknown EMI (Electromagnetic Interference) issues that compromises the safety, reliability and causes degradation performance or malfunctioning of the medical equipment running in such complex electromagnetic scenario. ​​As many electronic products go to market accompanied by development of new technologies, and development of solutions that require the use of high quality and high data transmission, which demands an increase of bandwidth from MHz to GHz, it becomes a challenging effort to manage electromagnetic interference in such complex environments.

Despite some improvements regarding EMC standards (IEC 61000-4-3) of electromagnetic immunity test of medical devices (EN 60601-1-2) and compared to older versions, they do not replicate the actual complex environment conditions where the medical devices and non-medical devices are placed to, even though all these devices comply with its equipment related IEC and ISO EMC standards. IN other words, they do not consider the existing communication system complexity and the coexistence of radiated electromagnetic disturbances in the test-setup and procedures. For instance, the existing radiated electromagnetic immunity test standard considers the usage of a 80 % amplitude modulated signal with a 1 kHz sine wave applying the field strength of 3 V/m to 30 V/m or, as described in new release of IEC 61000-4-3, the usage of pulse modulation only in the worst case scenario. The justification to the use of this signal configuration is that it simulates real threats and it is a guideline for EMC testing of old analog communication systems where the transmission parameters are different from those used in more sophisticated modern electronic circuits. Nonetheless, the technology evolution is even faster than the modernization of EMC standards.

As the electromagnetic environment becomes even more complex with digitally-modulated high frequency signals, the above described approach is not sufficient or accurate to measure the real impact of the interference in the medical device under test (DUT). In other words, it can underestimate the immunity limits. For instance, as discussed in [1], an immunity test using a pulse modulation wave as the test signal overestimates the immunity level if a wireless device using an OFDM (Orthogonal Frequency Division Multiplexing) modulation wave is in close proximity to the equipment. On the contrary, considering an AM modulation wave as the test signal results in an immunity level that is in the safe limits.

Therefore, as this complex environment is likely to contain multiple radio frequency signals and sources, with different amplitudes, bandwidth, and modulation schemes, new input signals for radiated immunity test have to be examined, understood and defined taking into account the indoor propagation characteristics of RF signals inside hospitals. This will contribute to advancing the radiated immunity test assessment, control of the risks that result from the electromagnetic interference and to overcome possible problems arising from medical device malfunctions, assuring that a device is not going to cause any electromagnetic interference to the medical equipment, and it will perform as expected within its operating environment.

Skip back to main navigation