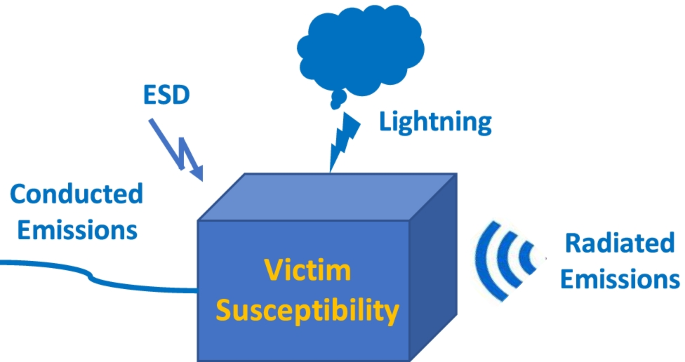 In general, electronic devices and systems could be susceptible to being undesirably obstructed through electromagnetic interference (EMI). EMI could interfere with a communication link and also with certain kind of devices, for instance, certain type of devices used in hospital environments that save human lives. This alarming condition is intensified by the fact that companies develop new medical devices that are more effective, provide better care, and are easily available for patients. However, such devices are highly affected by EMI in their vicinity. It is clearly demonstrated that there is a need to find a new way to solve this issue of managing EMI in diverse health-associated scenarios.

Electromagnetic interference has a wide range of effects on wireless communications systems, including magnetic and radio-frequency interruptions and infrequent system failures. Electrical devices and emitters are the most typical sources of interference. EMI sources can be classified as radiated emissions and conducted emissions, which are illustrated in the figure below.

EMI could occur in diverse ways and from different sources. Yet, it starts from the undesirable emissions which are available, and harmlessly affect the performance of an electronic system. Multiple EMIs have a different impact on the communication link to degrade the system performance. In different ways, it could occur and be entered into the communication system. The ways through which EMI could occur are a source, a transmission path, and a response or destination.

The excessive use of IoT and 5G devices in medical applications will degrade the performance of the communication system. Thus, a digital communication system has been implemented in medical scenarios to enhance performance. It also increased the number of electronic devices that are used in medical systems, which radiate impulsive noise and create interference for other devices in their vicinity.
Therefore, it is necessary to reduce it by using effective techniques and efficient digital algorithms.

Various modulation techniques, as well as encoding and encryption, can be used to increase bit error rates (BER) and signal quality. Communication systems must be properly designed by considering important parameters which have a direct or indirect impact on the performance of the system. Thus, it will lead to a robust and effective communication system against the various EMI impacts.

Skip back to main navigation